Governance at a Glance

W. Denman Van Ness has been a director since October of 1981 and was appointed Lead Independent Director in January of 2008 and Chairman of the Board in August of 2011. He is Chairman of Hidden Hill Advisors, a venture capital consulting firm. From April of 1996 through October of 1999, he was a Managing Director of CIBC Capital Partners, an international merchant banking organization. From 1986 to 1996, Mr. Van Ness was a General Partner of Olympic Venture Partners II and Rainier Venture Partners, venture capital funds, and from 1977 until 1985, he was a General Partner of the venture capital group at Hambrecht & Quist, the manager of several venture capital funds. Mr. Van Ness earned his B.A. in American History and Literature from Williams College and holds an MBA degree from Harvard University. Mr. Van Ness brings to the Board an extensive understanding of corporate development and a background in assessing a wide range of corporate funding sources and partnering opportunities. His leadership skills, including past service on the boards of other companies, contribute to his role as Chairman of the Board.

Ms. Franklin has over 20 years of broad biotechnology expertise. She founded Blaze Bioscience in 2011 and has led the company from its infancy to become a clinical-stage company. Prior to establishing Blaze, Ms. Franklin spent 10 years at ZymoGenetics in positions of increasing responsibility, ultimately serving as senior vice president, business development, where she was a member of the executive management team and was responsible for business development, alliance management, strategic planning, portfolio management, and pipeline marketing. Ms. Franklin was the architect of the $1.1 billion deal with Bristol Myers Squibb for interferon lambda, which at the time was the largest single-molecule Phase 1 deal ever consummated and ultimately led to the subsequent acquisition by BMS. Earlier in her career, she held roles in program management at Amgen and Targeted Genetics. Ms. Franklin has her Masters in Business and Administration from The Warton School of the University of Pennsylvania, her Masters of Science from the University of Washington, and her bachelors of science from University of North Carolina at Chapel Hill.

Ms. Hernday has 20 years of experience in corporate development and corporate strategy work and an extensive record of asset licensing, partnerships, and acquisition transactions.

Ms. Hernday joined Seattle Genetics in 2011 and is responsible for the Company’s in-licensing, collaboration and acquisition transactions, in addition to serving as a member of the Executive Committee. Notably, her team led the 2018 acquisition of Cascadian Therapeutics, which included TUKYSA™ (tucatinib), which received marketing approval in the U.S. and Switzerland in 2020. Prior to joining Seattle Genetics, she spent 16 years at Amgen, initially in research, then transitioning into project management and ultimately corporate development. Ms. Hernday has served on the Board at PDL BioPharma, Inc., since June 2019. Ms. Hernday received her Masters in Business and Administration from Pepperdine University and her Bachelors degree in Microbiology with an emphasis on Medical Microbiology from University of California Santa Barbara.

Ms. Kosacz was appointed a director in January 2019. In 2020, Ms. Kosacz joined Kronos Bio, Inc., as Chief Operating Officer and General Counsel after her retirement from Cooley LLP, where she was the international head of the firm’s Life Sciences Practice. She has more than 25 years of experience counseling clients in the life sciences arena, ranging from early stage startups to larger public companies, venture funds, investment banks, and non-profit institutions. Ms. Kosacz has received numerous awards and accomplishments, including being recognized by Best Lawyers in America since 2008, and most recently as Biotechnology Lawyer of the Year for 2018, being elected to Northern California’s “Super Lawyers” annually since 2011, being listed as a “Band 1” attorney in the latest edition of Chambers USA: America’s Leading Lawyers for Business, and in the Lawdragon 500 Leading Lawyers in America. Ms. Kosacz is a thought leader on deal making in the industry and has served as a member of the BIO Emerging Companies’ Section Governing Board, is a member of the Board of Trustees of the Keck Graduate Institute, and serves on the business advisory board of Locust Walk Partners. She also is a guest lecturer at both the law and business schools of University of California (UC), Berkeley and Stanford University. Ms. Kosacz received her Juris Doctor degree from the UC, Berkeley School of Law, and her bachelor's degree from Stanford University. 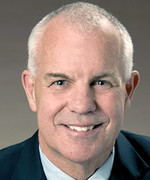 Jim Neal, XOMA's Chief Executive Officer and member of the Board, joined the company in 2009. Mr. Neal brings more than 25 years' experience in forming and maximizing business and technology collaborations globally and in bringing novel products and technologies to market. Prior to XOMA, Mr. Neal was Acting Chief Executive Officer of Entelos, Inc., a leading biosimulation company that acquired Iconix Biosciences, a privately held company where Mr. Neal was Chief Executive Officer. At Iconix, Mr. Neal established multi-year collaborations with Bristol-Myers Squibb, Abbott Labs, Eli Lilly and the U.S. Food and Drug Administration. From, 1999-2002, he was Executive Vice President of Incyte Genomics, leading the global commercial activities with pharmaceutical company collaborators and partners including Pfizer, Aventis and Schering-Plough, as well as sales, marketing and business development activities for the company. Earlier, he was associated with Monsanto Company in positions of increasing responsibility. Mr. Neal earned his B.S. in Biology and his M.S. in Genetics and Plant Breeding from the University of Manitoba, Canada, and holds an Executive MBA degree from Washington University in St. Louis, Missouri.

Matthew Perry has been a director since February 2017. Mr. Perry is the President of BVF Partners L.P. (BVF Partners) and portfolio manager for the underlying funds managed by the firm. BVF Partners is a private investment partnership that has focused on small-cap, value oriented investment opportunities for more than 20 years. Mr. Perry joined BVF Partners in December 1996 and has been a successful lead investor in dozens of transactions and has positively influenced corporate direction for numerous biotechnology companies during the course of his career. In January 2016, Mr. Perry was named to CTI BioPharma Corp.'s Board of Directors and is a member of its Compensation Committee. Mr. Perry is also a co-founder and director of Nordic Biotech Advisors ApS, a venture capital firm based in Copenhagen, Denmark. He holds a B.S. degree from the Biology Department at the College of William and Mary. Mr. Perry brings extensive management consulting experience and experience investing in biotechnology companies to the Board.

Jack L. Wyszomierski has been a director since August 2010. From 2004 until his retirement in 2009, Mr. Wyszomierski was Executive Vice President and Chief Financial Officer of VWR International, LLC, a global laboratory supply, equipment and distribution business that serves the world's pharmaceutical and biotechnology companies, as well as industrial and governmental organizations. At Schering-Plough, a global health care company which had worldwide sales of over $8 billion in 2004, Mr. Wyszomierski held positions of increasing responsibility from 1982 to 2004 culminating in his appointment as Executive Vice President and Chief Financial Officer. Mr. Wyszomierski also serves on the Board of Directors of Athersys, Inc., Exelixis, Inc. and SiteOne Landscape Supply, Inc., and served on the Board of Directors of Unigene Laboratories, Inc., from 2012 to 2013. He holds an M.S. in Industrial Administration and a B.S. in Administration, Management Science and Economics from Carnegie Mellon University. Mr. Wyszomierski brings his considerable financial expertise to the Board, the Audit Committee, and the Compensation Committee.

Meet our Board of Directors and view their bios

View Board of Directors

Guidelines, Charters, and other Governance-related documents

Scroll back to top